Cheated on with lots was better than one6 min read 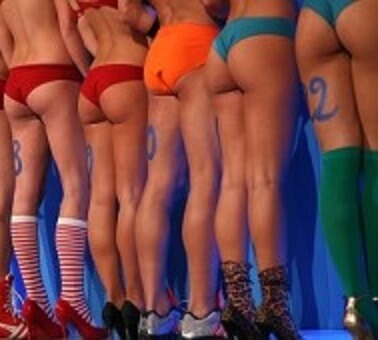 Relentless, crushing thoughts.  My endless hamster wheel of comparison, trauma, and pain.  Desperately grasping for something, anything to soothe my feelings of rejection and total inadequacy.  Searching for any characteristic, physical attribute or strength of mine that would help me conclude that I was somehow ‘better’ than her. Trying to find anything that would make me feel superior in order to stop the pain of complete and total worthlessness that I felt.

What qualities of mine did I have over her?  What ways did he care for me that he didn’t care for her?  Why should he love ME more?  I had some good tallies on my side.  After all, I am a very uncommon kind of woman.  I spent my entire life desperately trying to be ‘enough’ and that causes a person to accomplish a lot.  I was adventurous, daring, courageous, athletic and well rounded.  I was attractive, great in bed (even he said so) domestic as well as a tomboy.  I had culture, taste, appreciation for design and art.  Shit, I had a 1000 cc motorcycle that I could drag my knees around a corner with!  I had been a good mother, a dutiful citizen and a successful business owner.  I was the “total package.” According to the ex before him.  Hell, you couldn’t get ‘better’ than me.  I was a great mix of everything.  A woman who could appear on live television or speak in front of a group of hundreds and rock it. A woman who could also wrench on a car, cook, sew and look good enough for any black tie.

I certainly loved him more than anyone else.  I had proved that simply by my forgiveness. Hadn’t I?  Certainly she could not compete with my love for him.  I would say I am more spiritual (hence the forgiveness) as well as more emotionally aware.  I can communicate better than most and I am always striving to be a more compassionate and loving person. Obviously.  Who else could forgive that much?  (Possibly someone who didn’t feel she deserved any better.  But that understanding came later.)

All of those attributes worked for me.  At first.  When it was just one woman.  But when it became three, and then ten and then almost twenty.  When the lines of what constitutes “cheating” became blurry and arguable. When things began to be justifiable because “we were broken” up and lying became a whole different issue aside from cheating.  When I stopped asking because I knew I would never be told about all of them or all of it.  When I started to forget all of the names and even began to confuse who he did what with, who he talked to when and who was the most current threat……That’s when my little game began to fail.

Because this one did have bigger boobs and that one was, in fact, a model.  Because this one really did seem more fun and this other one really was a bit nasty in bed. (please listen to me and never ask for details that you do not need-you can’t unknow them.)  Because a couple of them understood his work life better than I did and several of them had more history with him.  Because this one had blue eyes to my brown, that one had great legs to my average ones, good skin to my bad.  Some of them were younger, fitter or had more money. Game over.

Comparing myself to one woman was winnable. (on paper)  Barely.  Comparing myself to nearly twenty was a losing battle from the get-go.  It amounted to a bleeding wound that no matter how many ‘betters’ I found, kept bleeding.  It was a battle played out every time I stepped into the shower, saw my naked reflection, felt the sting of my lack of self-worth and began the internal war.  A war, I later realized, was in my head long before I ever met him.  A self-worth issue that existed long before any of the other women. Before that relationship. Before ANY relationship. I was at war. But, not with them.  With myself.  With wounds that were self-inflicted and slowly killing me. A war I was losing.

Being ‘better’ never works.  It’s like putting a band-aid on a bullet wound.  Even if the other woman/women were in fact “unintelligent, immature or unattractive.” In your opinion.  Hell, she could even be a genuine “whore” and no matter how much you think you are ‘better’ than her or how much others tell you that you are better than her, the hole of absolute and total worthlessness in the center of your being remains.

Who was I after all? Was I all of the accomplishments, skills, characteristics and physical attributes that I spent my life trying to be?  Was I what I looked like?  Was I what I know?  What I could do? Was I that badass that I did so many things?  Yes, I am all of that.  But if those were the things that determined self-worth, I should have been walking on cloud nine.  Instead, I was in the gutter.  Scared, scarred, bruised and bleeding.  By my own hand, none the less.

Coming up bloody and bruised battle after battle forced my surrender.  I stopped fighting with them. That battle was never winnable.  My wounds proved it.  I had nowhere else to go but to begin to look internally.  At the real me.   My soul.  That which needed nothing external in order to be ‘good enough’.  Not my accomplishments, who I was to the outside world or God forbid, what I look like.  Just me.  The only one of me on this earth.  I finally understand that the battle was with myself and that the prize for victory was genuine love and acceptance of myself.  No matter what I looked like, who I thought I was or what I did or did not accomplish in life.

If I had one woman to compare to, I could have easily concluded that “I’m better.”  Because, if you look at everything I am, I am pretty amazing.  However, it would have been a superficial conclusion based on superficial things. That’s not real self-worth.  I might have looked ok on the outside, but I would have still been bleeding internally.  Digging deeper left me with a much more real, lasting and genuine reward.  Self-worth based on who I am, not what I am.  I really AM amazing.  Simply for being me.  And so are every single one of those other women. Actually, so is he.  So are you. We all have wounds.  We just play them out in different ways.

We use cookies to ensure that we give you the best experience on our website. If you continue to use this site we will assume that you are happy with it.Ok